A lesson in entrepreneurship by Russ

A lesson in entrepreneurship by Russ the hip-hop overnight success:

Russ, a 29-years-young rapper that pockets about $3M per year, with an estimated net worth of $15M.

If you like hip-hop, maybe you have heard of Russ.

He has been featured in the Forbes 30-under-30 list, and his debut album “There’s really a wolf” went top of the billboards, achieving platinum status.

It’s the first ever album in the hip-hop genre to ever reach that nomination without any features in the album. All the songs were produced 100% by him.

The songs that made him blow up were “Losin’ control”, and “What they want” right after.

What few people know is that he was not in fact an overnight success.

Before those 2 songs blew up, he released 11 albums and 87 songs, all produced and created by himself, something never-seen-before in the industry.

For a period of 2 ½ years, he was even getting out 1 song a week just to get his name out there.

He simply did the right action consistently for such a long period of time that it became totally unreasonable for him not to be successful.

Putting so many songs out there, he knew that one would blow up. It was not a matter of “if”, it was only a matter of “when”.

He used the internet to create and grow a fan base, giving his content directly to the public.

“In the music space, going directly to your fans is really easy now. If you’re an artist, create music and put it out on the internet.
If you do this consistently, your fan base will continue growing, and that will power your entire career.
The internet cut out the middle man, so winning comes down to being able to communicate directly with your fans.”
— Russ via Forbes

He then delivered that valuable content to the fan base and the rest of the world consistently, showcasing a rare level of work ethic.

“Take it day by day. This is a race, yes, but not against anyone or anything else except your own doubt.” — Russ

After he had a sizeable brand, then and only then he signed with a big label, Columbia Records, but thanks to his brand he got a 50/50 deal, something unheard of in the industry.

He didn’t need them more than they needed him.

A lesson in entrepreneurship by Russ – Wrap Up

Next time that you don’t feel like writing that weekly newsletter, posting that TikTok, or making those cold calls, realize that you may just be “1 song away from blowing up”, and your overnight success may be just around the corner. 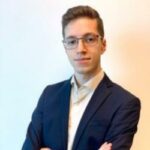 I help entrepreneurs and business owners bring down their tax rate to 0% in just 3 months without adding accounting hustle Talks about #tax, #dubai, #taxfree, #business, and #digitalnomadd a Description.