How much money does the music industry make a year?

Why are people so reluctant to acknowledge its full potential. And why do parents not tell their children to study and join the music industry?

Let’s dive in and learn a little more on the topic!

So what makes up the Industry?

The music industry is a billion-dollar industry. It not only consists of music publishing, recorded music, and performance rights. But, also there are concerts, other live music events, merchandise and Syncs.

Is the Music Industry growing?

It’s no secret the music industry had been in a bad place. Especially with the advent of piracy in the early 2000s. Not to mention the move away from physical sales such as records, CDs and cassettes.

However, global music revenues increased at the fastest rate in two decades last year. With the help of musicians such as Drake, Taylor Swift, Beyonce and Ed Sheeran. Revenues rose by $13.98 billion from 2012 to $59.8 billion in 2020. This was a good sign after previous declines since records began in the early 1990s.

Streaming now accounts for more than 65% of total revenue. CDs, vinyl, and cassettes comprise 19% and download 4%. The remainder 11 is divided up by royalties and licensing music to films, TV shows, and ads.

Issues with the Music Sector

Like with everything, the music industry has its problems. One of the biggest issues is the royalty collection process. It’s often difficult for independent artists to get paid what they’re owed. And even when they do receive payment, it can be a challenge to track down who actually owes them money.

However, there are advanced music tech companies solving these problems as you read this.

Another issue is that the industry is dominated by only a few large companies. This leaves little room for independent artists and labels to succeed. These smaller entities are often forced to sign unfavourable contracts in order to get their music heard.

Finally, there’s the issue of piracy. Online piracy has had a devastating effect on the music industry. It’s been estimated that piracy has cost the industry billions of dollars in revenue over the years. However, with the convenience of online streaming, it looks like we are on the other side of this issue!

The Future of the Music Industry

The future of the music industry is looking bright. Not just for the majors, but aksi for independents. With the ability to network and share music with a global audience, independent artists and labels have never had more opportunities to be heard. The internet has made it easier than ever for artists to get their music out there. Social media platforms have given them a way to connect with fans around the world. There are also now many online platforms that provide resources and support for independent artists, such as us Indiy. This means that anyone with a good idea and some talent can make it. Regardless of who they know or what label they’re signed to. The future of the music industry is in the hands of independent artists, and there’s no telling what they will achieve.

Want to book a call to discuss the music industry? Just follow this link http://indiy.com/chris/ 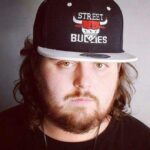 Founder of Indiy I believe that Independent musicians can make music and make money. Without money, there is no art! I believe together we can build a new better music industry