What is an EP? Know the difference between a Single, EP, and LP

So what is an EP? Do you know the difference between a single, EP, and an LP?

Well, in the music world, all these abbreviations have different meanings.

If you are interested in music and want to unlock the same terminology that other artists are already using.

Hopefully, this article will help you in answering that question easily.

Every musical recording has its own time length and style. And labelling each release properly helps in categorizing the releases for public use.

Nevertheless, I will help you differentiate between these abbreviations to help figure out what each recording stands for.

What is a single?

Let’s begin with the definition of a single and what a single is.

A single is a 1-3 song tracklist under 10 minutes in length.

While this holds true, the definition of a single can go even deeper. A single can be part of your album or it can be sold or downloaded as a separate copy. Cardi B uses a lot of singles to keep her fans interested in her promotional value and improve her popularity.

Record companies have changed due to a digital increase in music streaming over the last years.

Physical copies aren’t the source of play for most people anymore.

Of course, there will always be people who prefer buying the physical product, but those formats are now outdated.

But the choice and freedom of buying your own record player are still available, and that is great!

Back in the day, singles were on 7 inch vinyls. They were usually doubled sided and contained a B-side, a big difference in what we consider a single today.

A single today would be something that is placed online for streaming or download. Usually, the platforms to consume music on are Spotify, Google Play, Tidal, Apple, Soundcloud, but there are many more!

Now you know what a single is and how it relates to an artist and its fans.

What is an EP?

An EP is also known as an Extended Play.

An extended play consists of 4-6 tracks with a run time of less than 30 minutes.

EP’s are useful for musicians that want to make something longer than a single, but shorter than an album. This can be due to cost. Something that is expressive enough to get idea’s across without going as far as saying you have an album. But showcasing your talents as an artist.

In my experience, the distribution of the extending play is common amongst local artists. They use it to build fans that will flock to their music before going national or global.

What is an LP?

An LP or Album is any number of tracks. But must last over 30 minutes to be considered an LP. And people say that it begins at the 6 track mark.

Before I move on, an LP poses a valid question in the realm of metadata.

I have a quote and video that mentions the point below.

If you think about it, the term LP in metadata terms, it totally makes sense.

But in real life, I interchange the word LP and album synonymously.

I don’t typically recommend making an album unless you are a seasoned artist with a loyal fan base. But that’s just my personal preference. I usually just create singles that lead up to an EP for a future release. That also ties into the fact it takes more time and resources to create an album.

In conclusion, you should know enough now to recognize the difference between a single, EP, and an LP!

If you would like, you can submit your single to our playlist here. 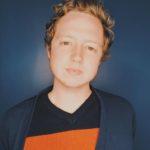 Nicholas Bay is a musician, content writer, producer, and coffee drinker. He is the Co-Founder of Cr3at3 Cultur3 Productions, a non-profit for local artists and musicians.

His apprenticeship with Indiy started in April 2020 and conjoins with their mission to demystify the music industry to start your career in music.

He works out of Los Angeles and remotely for artist that need exposure and support for their products. If you would like to network, Get in Touch!