Songs Produced By The FaNaTiX

The FaNaTiX are a music production team who have worked with some of the biggest names in the industry. Their songs have been featured on television, video games and film. They have produced records for major labels. In this article, we will take a look at some of the best songs produced by The FaNaTiX.

Want to get the FaNaTiX sound? Download Duppy Dem Vol.1

Who are the FaNaTiX

The FaNaTiX are a UK-based production duo who have worked with some of the biggest names in music, including Idris Elba, Nicki Minaj, Vybz Kartel, Popcaan, Beenie Man, Chip and Giggs.

Their work has been praised for its originality and energy, and they have been described as “one of the most exciting new production teams in recent years”.

With a string of hits under their belt, the FaNaTiX are one of the most sought-after production teams in the music industry today.

FaNaTiX is made up of two music producers from London, UK. Dro and C Dot have been making music together for several years and have released a number of hit tracks.

Best Songs Produced By The FaNaTiX

If you’re looking for some of the best songs produced by The FaNaTiX, look no further than Vroom ft Idris Elba, Lil Tjay, Davido, Touch Down Stylo G, My Family Pa Salieu and Popcaan Rup Rup (Bad inna real life) . These tracks are all packed with energy. The production duo work with many different artists, so there’s something for everyone to enjoy.

The FaNaTiX are known for their unique sound and ability to bring out the best in their artists. Their work has earned them numerous awards and accolades from critics and fans alike.

If you’re looking for some of the best songs produced by The FaNaTiX, look no further than this list.

Get ready to be blown away by the FaNaTiX. Idris Elba, Lil Tjay, Davido, Koffee, and Moelogo team up for an unforgettable performance. Watch the video now and see why these artists are at the top of their game.

Touch Down is a remix of the popular song by Stylo G featuring Nicki Minaj, and Vybz Kartel. The track is high energy and has received worldwide acclaim.

These Streets (Don’t Luv U) is a haunting look at the dark side of the city. Featuring Popcaan, the video takes us on a journey through the streets where we see first-hand how easy it is to get caught up in the cycle of violence and poverty. With its stark imagery and powerful message, These Streets (Don’t Luv U) is a must-watch for anyone who wants to understand the realities of life in the inner city.

Provisional Licence AJ Tracey & M1llionz is a must-watch for any fan of UK rap. The two artists come together to spit some of the hardest bars you’ll ever hear, over a dark and menacing beat. They both bring their unique styles to the track, creating a sound that’s unforgettable. So make sure you check out the video now!

Rapper Pa Salieu and grime artist BackRoad Gee team up to bring us a track that’s both hard-hitting and emotional. Watch the video to see how these two artists came together to make something special.

Giggs is back with another banger, and this time he’s brought FaNaTiX along for the ride. “BABY” is a bass-heavy track that’s sure to get you moving. If you’re looking for a new anthem to turn up to, look no further than “BABY.” Press play now and see what all the hype is about.

Songs Produced By The FaNaTiX on Spotify

If you’re looking for some new music to listen to, check out the songs produced by The FaNaTiX on Spotify. With a mix of genres including pop, hip hop, and R&B, there’s something for everyone.

Their songs have been streamed millions of times on Spotify, so you know they’re worth a listen.

So what are you waiting for? Go check out The FaNaTiX on Spotify and see for yourself why they’re one of the hottest production duos around. Click here

Get the FaNaTiX Sound with the – FaNaTiX Drum Kit – Duppy Dem Vol.1

The FaNaTiX Drum Kit – Duppy Dem Vol.1 is a great way to get the FaNaTiX sound. This drum kit is full of high-quality, professionally recorded producer tools. With 193 different sounds, this drum kit is perfect for any producer who wants to add some FaNaTiX flavour to their tracks.

Songs Produced By The FaNaTiX – Wrap Up

In conclusion, the FaNaTiX are a powerful force in the music industry. They have produced some of the biggest hits in recent memory, and show no signs of slowing down. If you’re a fan of good music, be sure to check out their latest releases. You won’t be disappointed. 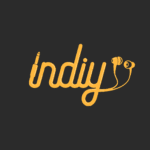