We caught up with Anthony Church to talk about his music. At Indiy we champion musicians.

What do you enjoy most about being an independent musician?

Really the freedom to control my own narrative and journey.

I feel I’ll always want to have that ability to oversee all the aspects of my career moving forward as it evolves and changes in the years to come.

It’s been a huge upside to not be tied down by any outside source.

If we were to peek over your shoulder, what does your studio look like? What gear do you typically use?

Nothing more than my laptop, headphones and MIDI keyboard.

I really always try and utilize a small amount of gear just to keep everything simple and concise.

After all it’s more about the end result and the songs you make rather than what equipment you own.

Do you enjoy recording and production, or do you like performing live and promotion?

I’ll combine the two and say production and promotion…

I don’t live perform but I can record artists and it’s never been as exciting as making beats and crafting out songs has been for me.

Then for the promotion side I’ve learned to fall in love with self promotion and coming up with different social media posts and different outlets to push the music to people and grow my following.

The past 4 years especially was a learning curve in that regard but it’s gotten a whole lot easier.

How would you want people to describe your latest project in a tweet?

My latest project was my Instrumental EP “Social Setting” so I think just “chill” would be how I’d describe it at least.

I think it’s designed to be more of a carefree listen even if it’s just the background music for someones daily activities.

It also fits the summer season quite well so that’s why I decided to drop it in June.

Do you plan your music releases, or do you just finish a song and release it?

This was actually the first full year I’ve gotten to plan out most of the release calendar for myself and it’s worked out great.

I definitely aim to continue that with all of my self releases moving forward and it helps to stay on top of everything you have planned for your tracks.

What can we expect from you within the next 6 months? Any releases planned? Future gigs?

In August I’m dropping another single that I’m excited for with a North Carolina artist named The Artist 336 so that’s up next.

Then I have another instrumental EP planned for later this year as well as some more singles I’m working on and more collab projects with different artists.

So ya a lot of cool material is still on the way!

Are you planning any videos for your music? Are there any videos we need to know about?

I actually wanna lock in with a couple videographers to help on some promo content for a few projects and maybe also do a handful of lyric videos for a track or two when the time comes.

But I’m always open to that if the timing, team and energy is right for it!

Are there any collaborations past or future that you are excited about, producers, artists, instrumentalists or songwriters?

I’m just excited and honoured to get to work with anyone who shares the same drive and passion for music.

At the end of the day the ability to continue to do that and elevate it over the course of many years will continue to make me happy and wanting to keep giving back more and more!

What inspires your creative process?

And I always try and just let it go where it’s gonna go without overthinking it!

What are your top three favorite albums of all time? Why those albums?

Nas’ “Kings Disease II” has still been in my rotation and the other two albums as well so I’m excited for his next move with Hit-Boy producing part 3 again.

One of my favourite rappers Stalley did a collab album with a great producer named Apollo Brown called “Blacklight” and it’s got everything you’d want in a Hip-Hop record on all sides so that’s still getting a ton of plays.

Then my favorite album of the year so far is by a California artist named Bellez and it’s called “Scot-Free”.

I was very surprised by how good it was for an artist I hadn’t heard of before but I’m looking forward to seeing what he does to follow up on it.

Who makes up your existing creative team? i.e. photographers, video directors, social media managers, paid media specialists, stylists, hair, and makeup…Name someone who you think deserves a special shout out?

So far it’s still just myself…

I can envision having a team one day of at least a few people but it would have to be in the right situation that still aligns with my goals and aspirations!

Until then I’m a one man show!

Where can we find you on social media? 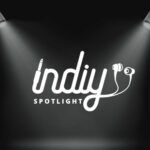 If you are working on new material, we have partnered with Audio Mastering to offer mastering on your next release from just £2 per song (approx $2.75 USD)

Together we are the music industry