WHICH MUSIC DISTRIBUTION COMPANY IS BEST? Distrokid vs CD Baby vs TuneCore

WHAT IS MUSIC DISTRIBUTION? Distrokid vs CD Baby vs TuneCore

Music distribution is the process of getting music from an artist out to the public for listening and purchasing. Traditionally, music distribution has been primarily physical with the distributor playing middle man between artist – or record label – and music store. This middle man would promote the artist’s music, get people to buy, and then take a percentage of the revenue.

However as technology evolved, the music industry did as well and music distribution went digital. Digital music distribution takes finished songs from your computer and uploads them to online music streaming and sales platforms. As a result, these platforms are commonly referred to as Digital Service Providers and one of their biggest selling points is convenience. Examples include Spotify, Amazon Music, Google Play, etc.

Think of it like group texting. You get the same message out to a larger audience with minimal effort.

Sounds simple but there’s a lot that goes into music distribution that some artists don’t want to deal with. Therefore, many independent artists rely on digital aggregators such as DistroKid, TuneCore, and CD Baby. When digital sales surpassed physical for the first time in 2015, it became even more important for artists to work with these companies.

In this article, we give a general overview of three of the most popular digital aggregators right now – TuneCore, DistroKid, and CD Baby. If you’re unsure which is best for you, hopefully this information will help you decide.

DISTROKID VS CD BABY VS TUNECORE

Before we get into the overviews for each music distributor, let’s see how some of their features and pricing compare.

DistroKid was founded in 2013, and launched almost a decade after established competitors like TuneCore and CD Baby. Despite their late start, the company receives a lot of praise. Even the creators of TuneCore (Jeff Price) and CD Baby (Derek Sivers) are fans.

DistroKid is the only music distribution service that lets you upload unlimited music to stores at a flat rate. They offer a straightforward user interface that encourages social interaction between independent artists. Users can even customize their account profile.

Their Hyperfollow feature creates your own personalized page where fans can pre-save your upcoming music. When fans pre-save with their e-mail, the song is immediately stored to their Spotify library upon release. They’ll become an instant follower to your artist page on Spotify as well. You’ll also receive the e-mail address they used to pre-save your track in case you decide to build a subscriber list.

To help with payments, artists can split earnings from any song/album and automatically send them out to collaborators. You can add unlimited collaborators, adjust revenue splits at any time, and collaborators will only see their own earnings.

CD Baby, the largest and oldest distribution company, was founded in 1998 by musician Derek Sivers. The company offers not only digital distribution and streaming services but physical distribution as well. They review all artist submissions, offer music industry educational resources for beginners, and have partnerships with Spotify and Apple Music. They are a preferred provider for Apple, so they can have your music available to listeners in just a few days.

Remember, with CD Baby you get the widest physical distribution coverage with access to over 15,000 record stores. In addition, you get trending reports and data on your plays delivered to you in real-time. This gives you a better understanding of who is listening to your music and how you can market to your key demographics in the future.

You also have the option of purchasing a UPC barcode to track your digital and physical music sales and send your figures to SoundScan/Billboard weekly. The code is yours to use anywhere that you sell music, indefinitely.

TuneCore was founded in 2005 and allowed musicians to sell their music globally while keeping 100% of their sales revenue. They distribute music to over 150 digital stores based around the world (you can hand pick which ones) and will automatically send your songs to new stores they add for $10. Many well-known artists such as: Nine Inch Nails, Drake, and Jay-Z, trust and depend on TuneCore’s services.

For songwriters, TuneCore Publishing Administration administers your compositions by licensing, registering and collecting royalties on behalf of your compositions. Using Sentric’s Rights AppTechnology, TuneCore makes sure you get all the earnings you deserve, plus the money you receive from distribution. As for UPC and ISRC codes, you can either use the ones you already have or TuneCore will automatically generate them for you during the uploading process.

WHICH MUSIC DISTRIBUTION SHOULD YOU PICK?

Which distributor you choose ultimately depends on what your current project is and your overall goals as an artist. Take into consideration the amount of music you plan on releasing and how often as this could impact your decision. Also keep in mind that you don’t have to choose just one service. Many artists utilize multiple digital aggregators depending on their specific needs and what stage of their career they’re in.

Each company has its own pros and cons, so you’ll want to research each one more thoroughly before making a decision.

Once you chose your music distribution you want to think about promotion. See how to promote your music with little or no money 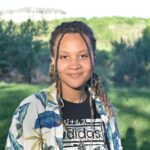